Checkout (0) Sub-Total: £0.00
You have no items in your shopping cart.
My account
Menu
Personal menu
My account
Filters
Search
Close
Menu
Next Post BOX OF THE DAY 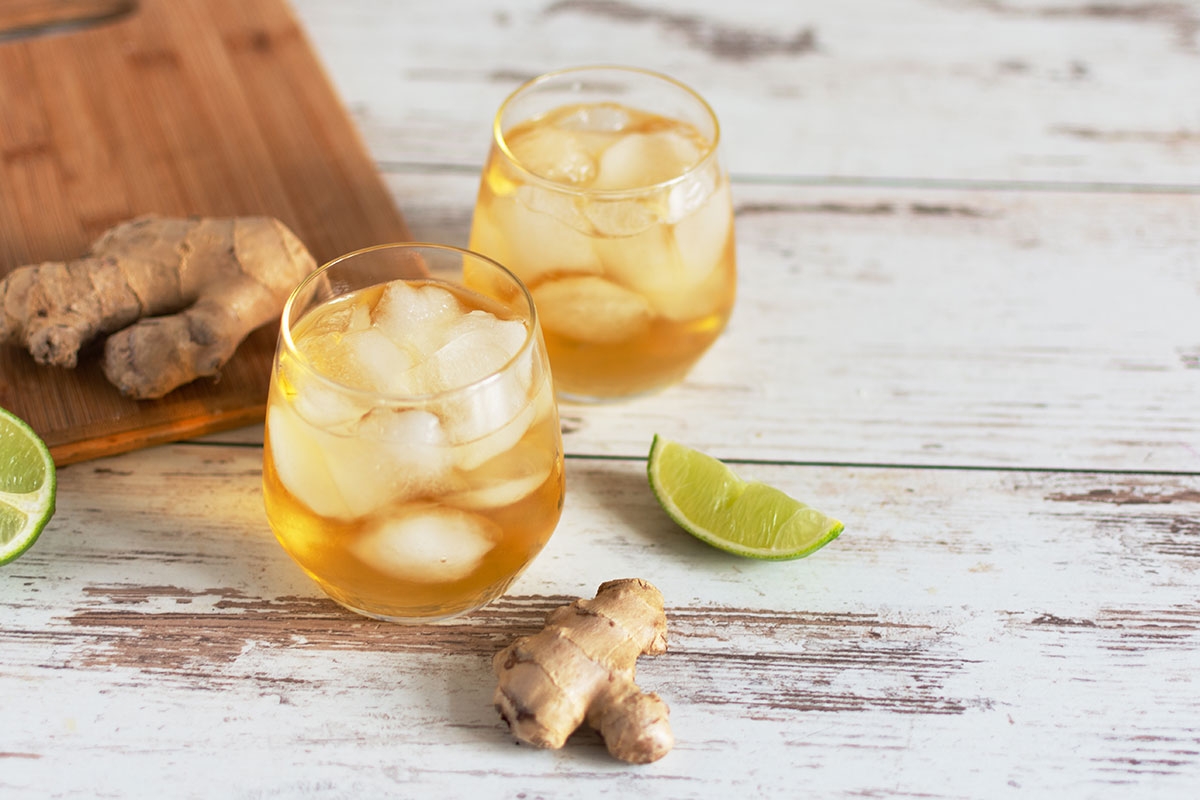 What IS the difference between ginger beer and ginger ale...

... and, most importantly, are either of them alcoholic?

In a nutshell, the difference is that ginger ale is a flavoured non-alcoholic soda, whereas ginger beer is a fermented brew which typically has a wee bit of alcohol in it.

If you'd like to know more, then buckle up and read on, you're in for a historic journey…

Neither of these two refreshing beverages would exist at all had it not been for the discovery of ginger in Asia circa 500 BC. Ginger spice is created from the root of the plant Zingiber officinale, whose name originates from a Sanskrit word that means ‘like an antler’. One of the first spices to be traded, it arrived in Europe in the 1st century courtesy of the ancient Greeks and Romans. Ginger then eventually found its way to England and was (allegedly) used by Queen Elizabeth I to make the first gingerbread men.

We all love ginger because of its spicy qualities, most of which are caused by our tastebuds reacting to certain chemicals in ginger known as gingerols. Gingerols are related to capsaicin, which create the hotness in chillies, and piperine, which does the same for black pepper. When fresh ginger root is dried or cooked, gingerol transforms into zingerone which is even zingier. However, it is still only about one thousandth as hot as capsaicin, so the buzz we get from ginger is a much more mellow experience than from fiery chilli.

It was only a matter of time before ginger was used to flavour drink, and ginger beer is believed to have been the first, originating from Yorkshire during the 18th century. At the time, drinking water was often of poor quality, so people commonly brewed ‘small beers’ to provide a safer alternative. Ginger beer was fermented using sugar, yeast, ginger and water over a few days and had some alcohol content, albeit very low. The gelatinous ‘starter’ that was used to make fermented ginger beer became known as a ‘ginger beer plant’, or GBP, and could be passed on to friends and family to make their own brews. Harry Marshall Ward was a British botanist who first identified how a GBP worked via the symbiotic reaction between the yeast and bacteria in the ginger, which creates the lovely fizzy finish.

Nowadays, it should be noted that ginger beer is most commonly produced to scoot in under the 0.5% UK limit to avoid classification as alcoholic. If you want to try a stronger brew which is truer to the original, then we recommend Crabbie’s Original or Ginger Libation by the Artisan Beverage Cooperative.

Next, we delve into the origins of ginger ale, which is also reported to have emerged from either the UK or Ireland in c.1850. In contrast to ginger beer, this drink is very much more a tradtional soda, with the carbonation created by carbon dioxide and ginger added as flavouring. Therefore, ginger ale has never been alcoholic despite being named an ‘ale’ – how misleading! Note that because ginger ale is a soda it is clear in colour, whereas traditional ginger beer has a cloudy finish from the fermentation process.

The mass production of soda came about when a Canadian pharmacist, John McLaughlin, set up a carbonation plant in 1890. He sold his soda to pharmacies who used it as the base for a range of fizzy drinks by adding flavourings, including ginger. When Mr McLaughlin found a way to bottle ginger ale using his own recipe, he branded it as McLaughlin Belfast Style Ginger Ale. A few years later, he improved the flavour and finish to create Canada Dry Pale Dry Ginger Ale – a brand name that lives on today. This ginger ale was deliberately a lighter and less sweet drink than the original, which is sometimes known as ‘Golden’ ginger ale due to its darker colour.

So far we have explored the origins of two drinks which have been enjoyed for over a hundred years as tasty sodas. The question is – when and why did the possibility of using these ginger sodas in combination with alcohol first come about? Today we are familiar with a dizzying array of cocktails which have been created by mixologists to enhance our enjoyment of alcohol. Back in the 1920s, society was under different pressures when it came to enjoying a drink or two....

I am referring of course to that dark period in American history called Prohibition, when the production, importation, transportation, and sale of alcohol was was forbidden. The national ban, which was championed by Protestants, lasted from 1920 until 1933. Although people were allowed in some states to drink privately, other states banned even the ownership of alcohol. During this period, the ginger ale was popular as an honest and refreshing non-alcoholic alternative to liquor, but also for the first time as a ‘mixer’. Because booze was now only found on the black market, it was badly made and unpleasantly flavoured. People found that adding ginger ale to bootlegged gins made it much more palatable and sales boomed. By the time Prohibition came to an end, ginger ale was a permanent fixture in Western culture.

As well as being excellent soft drinks and mixers, some brands have marketed the healthcare virtues of ginger ale and ginger beer for treating ailments such as nausea and upset stomachs. It is true that gingerol has powerful anti-inflammatory and antioxidant effects... but there is unlikely to be enough ginger in either drink for any benefits to be seen without drinking excessive amounts! We recommend other ways to get your ginger health fix, but if you want to know how to make the most of the zing and zest of ginger ale and ginger beer – read on…

The feisty flavour and fizz of ginger beer make it an ideal cocktail companion for a deep dark rum, being able to offer enough substance to balance such a heavyweight partner. This inspired combination is often known as a Dark and Stormy, but you can find a new twist on the classic in MicroBarBox’s Rum Cocktail Box in the form of a Perfect Storm, which blends Folkington’s Traditionally Hot Ginger Beer with Kraken Black Spiced Rum – simply delicious!

In contrast, the subtle, crisp bubbles of Folkington's Artisan Dry Ginger Ale are extremely well suited to bring out the best in a bourbon. We recommend you try the Jack & Ginger from MicrobarBox’s Jack Daniel's Box, simply gorgeous, this could be the new Jack & Coke… you heard it here first!